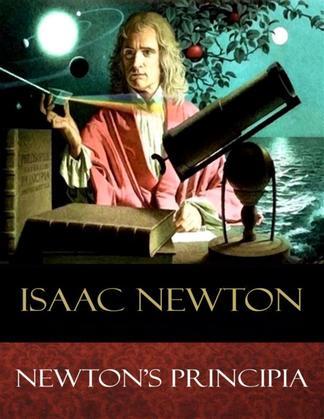 NEWTON'S PRINCIPIA : Mathematical Principles of Natural Philosophy, often referred to as simply the Principia, is a work in three books by Isaac Newton, in Latin, first published 5 July 1687. The Principia states Newton's laws of motion, forming the foundation of classical mechanics; Newton's law of universal gravitation; and a derivation of Kepler's laws of planetary motion (which Kepler first obtained empirically). The Principia is "justly regarded as one of the most important works in the history of science".

Alexis Clairaut assessed it in 1747: "The famous book of mathematical Principles of natural Philosophy marked the epoch of a great revolution in physics. The method followed by its illustrious author Sir Newton ... spread the light of mathematics on a science which up to then had remained in the darkness of conjectures and hypotheses." A more recent assessment has been that while acceptance of Newton's theories was not immediate, by the end of a century after publication, "no one could deny that" (out of the Principia) "a science had emerged that, at least in certain respects, so far exceeded anything that had ever gone before that it stood alone as the ultimate exemplar of science generally."