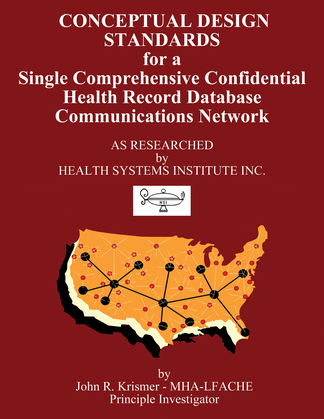 Patients legally own their medical records that are stored either manually or on an assortment of computers, software, and operating systems in a variety of disorganized healthcare facilities, which are spiraling healthcare costs out of control. In 1910, the Flexner Report by the Carnegie and Rockefeller Foundations, established medical education standards and licensing of qualified physicians who took the moral and ethical Hippocratic Oath to Do No Harm, but today's costs are clearly harming those sick and disabled that cannot afford to obtain proper healthcare.
To counter Medicare and Medicaid, for profit insurance companies and the pharmaceutical industry aggressively lobbied Congress with favors as our World Health Organization's (WHO) healthcare ranking dropped from first to thirty-second. Profit insurance marketed only healthy clients and working groups to buy cheaper Tiered low-risk Group Rated profit insurance, knowing these clients did not have a clue that each group rate would increase as its members decreased in number due to health related problems and age. This forced Blue Cross and Blue Shield to cover more of the aged, sick and disabled, and pregnancies, which profit insurance dumped by increasing these patient's premiums to unrealistic levels. With this new competition, non-profit hospitals experienced huge financial losses as insurance profits began to spiral healthcare costs out of control. As a result, hospitals were forced to develop Regional Planning and Cost Containment Programs, and later in 1979, this author served as the Chairperson of a Regional Cost Containment Committee, spending time with former U.S. President Gerald Ford to seek his advice on how healthcare might return to a single non-profit prepayment system. After that meeting, Gerald Ford said: "John, the healthcare system will have to collapse before things will get better."
He didn't believe him then, but he does now - and surprisingly, both our congressional and presidential candidates are finally discussing the possibility of returning to a single cost effective healthcare system. Today's many decentralized profit seeking insurance and pharmaceutical profit seekers, along with today's costly non-standardized computer developments are only digging a deeper hole that will make it far more difficult to return to a professionally led cost effective single computer network. "Conceptual Design Standards" proposes a single non-profit health record communications network that will help America understand and hopefully support the enormous job that is every bit as big as our space program, which we'll soon be economically forced to reduce due to today's spiraling out of control healthcare costs.

About the Author:
John R. Krismer – MHA-LFACHE, as founder and CEO of Health Systems Institute (HSI), has consulted with governments and hundreds of hospitals and clinics, while speaking to numerous professional organizations and conducting hundreds of institutes. He has published numerous articles and books, and served as the Principle Investigator for the HSI research involving a single standardized computer based medical record network with the help of more than one thousand doctors, nurses and paraprofessionals and four major universities. He's served as the CEO of several hospitals, corporations, and as a board member at two health insurance companies. More importantly he is frequently referred to as a visionary far ahead of his time and is credited with establishing the first fully staffed physician's emergency service in Lansing, Michigan in 1967, where he persuaded Dr. Eugene Nakfoor and Dr. John Wiegenstein to become professionally trained emergency physicians, who later established The American College of Emergency Physicians in 1968, which today has some 35,000 members saving lives through a single standardized system.