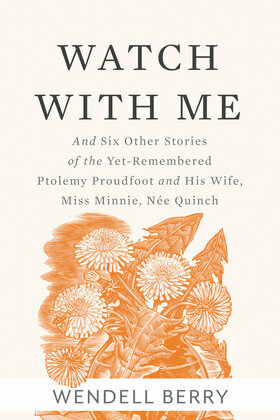 Never has Berry seemingly had so much fun as he does in spinning the tall tales of Ptolemy Proudfoot, "a member of a large clan of large people." Tol Proudfoot is a farmer, a longtime bachelor at war with his clothes. The challenge of arriving in presentable fashion at the harvest festival in order to court Miss Minnie, Port William's schoolmarm, is an epic battle. But Miss Minnie is delighted to have "Mr. Proudfoot" bid on her cake at the bake auction for a princely sum, and pleased to have him see her home. The stories in Part One sensitively capture their long marriage from 1908 through the Second World War. Part Two consists of the single, startlingly beautiful story "Watch with Me," which explores the depth of affection and tolerance for eccentricity, borne by these neighbors toward one of their own.


Rich in humor and wisdom, each of these stories highlights the comic and poignant ways in which Port William’s denizens cope with the intrusions of the 20th century into their idyllic, agrarian world.