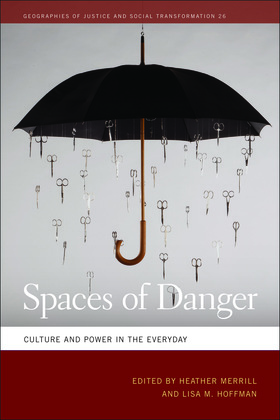 Spaces of Danger: Culture and Power in the Everyday

<p>These twelve original essays by geographers and anthropologists offer a deep critical understanding of Allan Pred’s pathbreaking and eclectic cultural Marxist approach, with a focus on his concept of "situated ignorance": the production and reproduction of power and inequality by regimes of truth through strategically deployed misinformation, diversions, and silences. As the essays expose the cultural and material circumstances in which situated ignorance persists, they also add a previously underexplored spatial dimension to Walter Benjamin’s idea of "moments of danger."</p><p>The volume invokes the aftermath of the July 2011 attacks by far-right activist Anders Breivik in Norway, who ambushed a Labor Party youth gathering and bombed a government building, killing and injuring many. Breivik had publicly and forthrightly declared war against an array of liberal attitudes he saw threatening Western civilization. However, as politicians and journalists interpreted these events for mass consumption, a narrative quickly emerged that painted Breivik as a lone madman and steered the discourse away from analysis of the resurgent right-wing racisms and nationalisms in which he was immersed.</p><p>The Breivik case is merely one of the most visible recent examples, say editors Heather Merrill and Lisa Hoffman, of the unchallenged production of knowledge in the public sphere. In essays that range widely in topic and setting—for example, brownfield development in China, a Holocaust memorial in Germany, an art gallery exhibit in South Africa—this volume peels back layers of "situated practices and their associated meaning and power relations." <i>Spaces of Danger</i> offers analytical and conceptual tools of a Predian approach to interrogate the taken-for-granted and make visible and legible that which is silenced.</p>