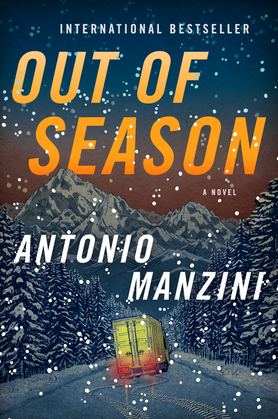 A clever, engaging third novel in the Rocco Schiavone mystery series from bestselling Italian author, Antonio Manzini, following the dashing deputy police chief who confronts his most riveting case ever.

It’s the bitterly cold spring season in alpine Aosta, and a girl has been kidnapped. Chiara Berguet, daughter of the owners of a local construction firm, was targeted thanks to the sizeable debt her parents owe. But like many a best-laid plan, a blown tire causes the crime to go haywire as the kidnappers’ van skids off the road and crashes into a pair of larch trees. Both the driver and his accomplice die on impact, leaving the girl in the back, gagged and bound and unable to break herself free.

Meanwhile Rocco Schiavone wakes to find himself in Anna’s apartment. She’s the best friend of his girlfriend Nora, and memories of the night before, a heated evening with Anna, return to him. As he sneaks out, he sees the first few snowstorm clouds of the spring season move across the sky, an ominous reference that something is off.

If trouble at home and a case of kidnapping weren’t enough, Rocco will eventually have to contend with Enzo Baiocchi. Rocco was the one who sent Enzo to prison, and in the process killed Enzo’s brother. Having just escaped from prison, Enzo is heading north with a newly purchased revolver and, clearly, revenge on his mind. And when an unfortunate incident of mistaken identity makes Enzo’s act of revenge even more fiendish, it also presents a gruesome scene for Rocco to discover on his return home.