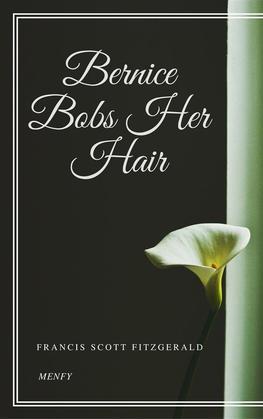 It's summertime, and the young, popular crowd, home from prep school and college, are looking to have fun. Unfortunately for Marjorie Harvey, her dull cousin Bernice is visiting for a month. Even though Marjorie is one of the most popular girls in town, nobody wants to hang out with poor Bernice, whose conversation is mostly limited to painfully awkward inquiries about the weather. Marjorie and Bernice may be cousins, but they couldn't be less similar – they're not friends, and they simply don't understand each other. Bernice doesn't really get the fact that she's a real snooze, and can't see why guys don't like her as much as other girls. She gets a hint as to why when she overhears a conversation between Marjorie and her mother, in which Marjorie comes out and says what's on everyone's minds: Bernice is just plain boring.

The next morning, the truth comes out – Bernice tells Marjorie that she heard everything that her cousin said the previous night, and a terrible fight ensues. At the end of the day, though, Bernice comes to a dramatic decision: she will put herself in Marjorie's hands, and try to learn the art of popularity. The lessons begin immediately, and by the next week, Bernice is ready for action. She immediately makes a splash by announcing that she intends to bob her hair. As a result of Marjorie's coaching, Bernice instantly becomes the toast of the town. For a few days, everything's peachy keen.

However, this happy situation can't last forever. Within a matter of days, Bernice has become incredibly popular – too popular for Marjorie's liking, in fact. Even Marjorie's most faithful suitor, Warren McIntyre, defects to Bernice's side, which is the last straw, as far as Marjorie is concerned. She tells everyone that Bernice's famous line about bobbing her hair is just a bluff (which it is). Embarrassed and caught up in the moment, Bernice agrees to get her hair cut that very day, in front of all of her new friends. However, the haircut is disastrous, and signals the end of Bernice's short moment in the spotlight. That night, Bernice flees – but, before she goes, she gets her revenge by cutting off Marjorie's long, beautiful braids of hair as she sleeps. Bernice leaves town triumphantly.