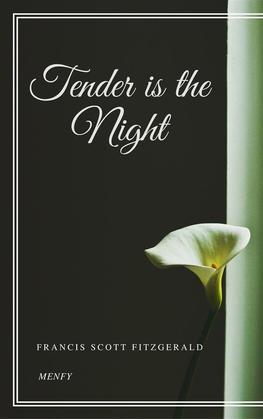 Tender is the Night

Tender Is the Night is an English language novel by F. Scott Fitzgerald. It was first published in Scribner's Magazine between January-April, 1934 in four issues. It is ranked #28 on the Modern Library's list of the 100 Greatest Novels of the 20th Century.

In 1932, Fitzgerald's wife Zelda Sayre Fitzgerald was hospitalized for schizophrenia in Baltimore, Maryland. The author rented the "la Paix" estate in the suburb of Towson to work on this book, the story of the rise and fall of Dick Diver, a promising young psychoanalyst and his wife, Nicole, who is also one of his patients. It would be Fitzgerald's first novel in nine years, and the last that he would complete. While working on the book he several times ran out of cash and had to borrow from his editor and agent, and write short stories for commercial magazines. The early 1930s, when Fitzgerald was conceiving and working on the book, were certainly the darkest years of his life, and accordingly, the novel has its bleak elements.

It should also be noted that two versions of this novel are in print. The first version, published in 1934, uses flashbacks whilst the second revised version, prepared by Fitzgerald's friend and noted critic Malcolm Cowley on the basis of notes for a revision left by Fitzgerald, is ordered chronologically; this version was first published posthumously in 1951. Critics have suggested that Cowley's revision was undertaken due to negative reviews of the temporal structure of the book on its first release.

The title is taken from the poem "Ode to a Nightingale" by John Keats.