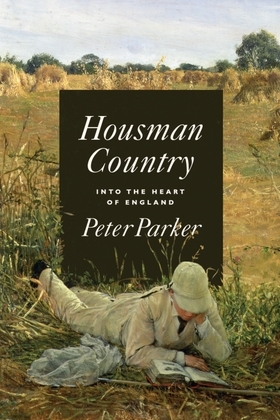 A captivating exploration of A. E. Housman and the influence of his particular brand of Englishness

A. E. Housman's A Shropshire Lad made little impression when it was first published in 1896 but has since become one of the best-loved volumes of poetry in the English language. Its evocation of the English coun - tryside, thwarted love, and a yearning for things lost is as potent today as it was more than a century ago, and the book has never been out of print.

In Housman Country, Peter Parker explores the lives of A. E. Housman and his most famous book, and in doing so shows how A Shropshire Lad has permeated English life and culture since its publication. The poems were taken to war by soldiers who wanted to carry England in their pockets, were adapted by composers trying to create a new kind of English music, and have influ - enced poetry, fiction, music, and drama right up to the present day. Everyone has a personal "land of lost content" with "blue remembered hills," and Housman has been a tangible and far-reaching presence in a startling range of work, from the war poets and Ralph Vaughan Williams to Inspector Morse and Morrissey.

Housman Country is a vivid exploration of England and Englishness, in which Parker maps out terrain that is as historical and emotional as it is topographical.