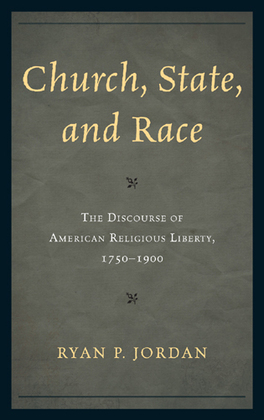 by Ryan P. Jordan (Author)
Buy for $81.50 Excerpt
Nonfiction Religion Religion and society Social science Sociology Discrimination & race relations History History by country United States
warning_amber
One or more licenses for this book have been acquired by your organisation details

This book uses the discourse of religious liberty, often expressed as one favoring a separation between church and state, to explore racial differences during an era of American empire building (1750–1900). Discussions of religious liberty in America during this time often revolved around the fitness of certain ethnic or racial groups to properly exercise their freedom of conscience. Significant fear existed that groups outside the Anglo-Protestant mainstream might somehow undermine the American experiment in ordered republican liberty. Hence, repeated calls could be heard for varying forms of assimilation to normative Protestant ideals about religious expression. Though Americans pride themselves on their secular society, it is worth interrogating the exclusive and even violent genealogy of such secular values. When doing so, it is important to understand the racial limitations of the discourse of religious freedom for various aspects of American political culture. The following account of the history of religious liberty seeks to destabilize the widespread assumption that the dominant American culture inevitably trends toward greater freedom in the realm of personal expression.