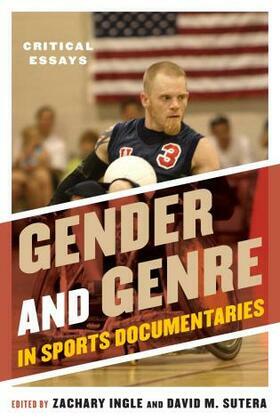 Gender and Genre in Sports Documentaries

Nonfiction films about sports have been around for decades, but the previously neglected subgenre of the documentary has become increasingly popular in the last several years. Despite such recent successes as Senna, Undefeated, and ESPN’s 30 for 30 series, however, few scholarly articles have been published on these works.

In Gender and Genre in Sports Documentaries, editors Zachary Ingle and David M. Sutera have assembled essays that examine the various aspects of this art form. Some address questions of gender and sexuality, specifically how masculinity and homosexuality are represented in sports documentaries. Others focus on the characteristics of these films, exploring aspects of aesthetics and narrative.

In addition to chapters on basketball, football, baseball, boxing, tennis, and auto racing, this collection features marginalized sports like quad rugby, pro wrestling, live action role playing (LARPing), and bodybuilding. Some of the films described will be familiar to readers, such as Murderball and Bigger Stronger Faster; others are less well-known yet important works worthy of scrutiny. Questions about gender, sexuality, and masculinity remain hot topics in sports discourse and this collection tackles those subjects, making Gender and Genre in Sports Documentaries an intriguing read for scholars, students, and the general public alike.