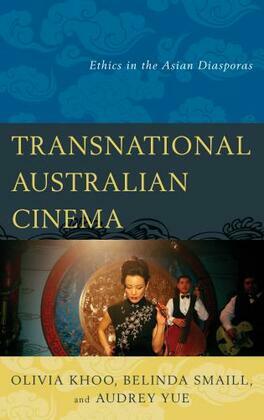 To date, there has been little sustained attention given to the historical cinema relations between Australia and Asia. This is a significant omission given Australia’s geo-political position and the place Asia has held in the national imaginary, oscillating between threat and opportunity. Many accounts of Australian cinema begin with the 1970s film revival, placing “Asian Australian cinema” within a post-revival schema of multicultural or diasporic cinema and ignoring Asian Australian connections prior to the revival. Transnational Australian Cinema charts a history of Asian Australian cinema, encompassing the work of diasporic Asian filmmakers, films featuring images of Asia and Asians, films produced by Australians working in Asia’s film industries or addressed at Asian audiences, and Asian films that use Australian resources, including locations and personnel.

Utilizing an interdisciplinary approach, the book considers diasporic Asian histories, the impact of government immigration and film policies on representation, and the new aesthetic styles and production regimes created by filmmakers who have forged links, both through roots and routes, with Asia. This expanded history of Asian Australian cinema allows for a renewed discussion of so called dormant periods in the nation’s film history. In this respect, the mapping of an expanded history of cinema practices contributes to our broader aim to rethink the transnationalism of Australian cinema.