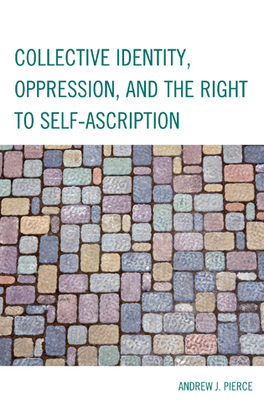 Collective Identity, Oppression, and the Right to Self-Ascription

by Andrew J. Pierce (Author)
Buy for $46.50 Excerpt
Nonfiction Human science Philosophy Social Social science Sociology Political Demography
warning_amber
One or more licenses for this book have been acquired by your organisation details

Collective Identity, Oppression, and the Right to Self-Ascription argues that groups have an irreducibly collective right to determine the meaning of their shared group identity, and that such a right is especially important for historically oppressed groups. The author specifies this right by way of a modified discourse ethic, demonstrating that it can provide the foundation for a conception of identity politics that avoids many of its usual pitfalls. The focus throughout is on racial identity, which provides a test case for the theory. That is, it investigates what it would mean for racial identities to be self-ascribed rather than imposed, establishing the possible role racial identity might play in a just society. The book thus makes a unique contribution to both the field of critical theory, which has been woefully silent on issues of race, and to race theory, which often either presumes that a just society would be a raceless society, or focuses primarily on understanding existing racial inequalities, in the manner typical of so-called “non-ideal theory.”