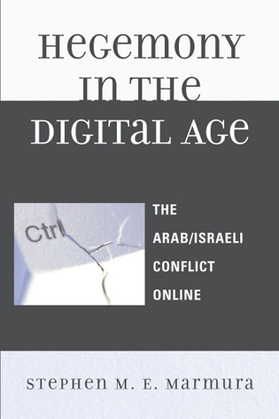 Hegemony in the Digital Age

Internet technology has arguably changed the rules by which individuals, social movements, and institutions compete for political and cultural influence in technologically advanced societies. The author considers this reality through reference to the concept of hegemony; looking to the ways in which diverse actors in American civil society compete with one another while simultaneously challenging dominant sources of authority. The Arab/Israeli conflict is drawn upon as a boundary object holding direct interest to a wide range of state-aligned lobbies, broadly-based social movements, and marginalized 'extremist' groups, each of which hopes to affect the course of U.S. Mid-East policy. While various dimensions of internet use and activism are explored, Stephen Marmura directs particular attention to the importance and limitations of the World Wide Web as a mass medium. Examining phenomena ranging from mainstream news dissemination to the propaganda warfare visible online amongst racist, religious fundamentalist, and ultra-nationalist organizations, he argues the Net's greatest advantages are ultimately accrued by those most vested in the political status quo. Marmura argues further that widespread use of the Web is likely contributing to processes of social fragmentation, even as it reinforces ideological discourses favorable to state power.