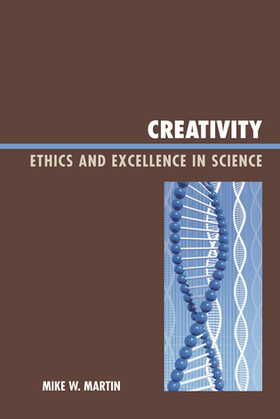 Creativity explores the moral dimensions of creativity in science in a systematic and comprehensive way. A work of applied philosophy, professional ethics, and philosophy of science, the book argues that scientific creativity often constitutes moral creativity_the production of new and morally variable outcomes. At the same time, creative ambitions have a dark side that can lead to professional misconduct and harmful effects on society and the environment. In this work, creativity is generally defined as the development of new and valuable outcomes such as significant truths, illuminating explanations, or useful technological products. Virtue and accompanying ideals are emphasized as a moral framework. Intellectual virtues, such as love of truth, intellectual honesty, and intellectual courage, are themselves moral virtues. Further moral topics concerning scientific creativity are explored: serendipity and its connection with moral luck, the paradoxes of moral motivation, scientific misconduct arising from unbalanced creative ambitions, forbidden knowledge, creative teaching and leadership in science, and the role of scientific creativity in good lives.