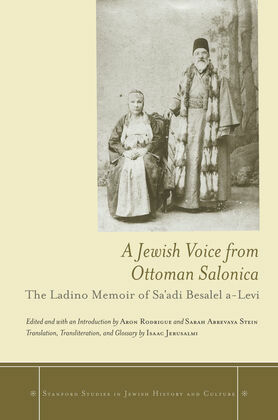 A Jewish Voice from Ottoman Salonica

This book presents for the first time the complete text of the earliest known Ladino-language memoir, transliterated from the original script, translated into English, and introduced and explicated by the editors. The memoirist, Sa'adi Besalel a-Levi (1820–1903), wrote about Ottoman Jews' daily life at a time when the finely wrought fabric of Ottoman society was just beginning to unravel. His vivid portrayal of life in Salonica, a major port in the Ottoman Levant with a majority Jewish population, thus provides a unique window into a way of life before it disappeared as a result of profound political and social changes and the World Wars. Sa'adi was a prominent journalist and publisher, one of the most significant creators of modern Sephardic print culture. He was also a rebel who accused the Jewish leadership of Salonica of being corrupt, abusive, and fanatical; that leadership, in turn, excommunicated him from the Jewish community. The experience of excommunication pervades Sa'adi's memoir, which documents a world that its author was himself actively involved in changing.