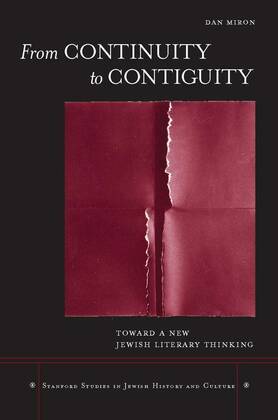 From Continuity to Contiguity

Dan Miron?widely recognized as one of the world's leading experts on modern Jewish literatures?begins this study by surveying and critiquing previous attempts to define a common denominator unifying the various modern Jewish literatures. He argues that these prior efforts have all been trapped by the need to see these literatures as a continuum. Miron seeks to break through this impasse by acknowledging discontinuity as the staple characteristic of modern Jewish writing. These literatures instead form a complex of independent, yet touching, components related through contiguity. From Continuity to Contiguity offers original insights into modern Hebrew, Yiddish, and other Jewish literatures, including a new interpretation of Franz Kafka's place within them and discussions of Sholem Aleichem, Sh. Y. Abramovitsh, Akhad ha'am, M. Y. Berditshevsky, Kh. N. Bialik, and Y. L. Peretz.