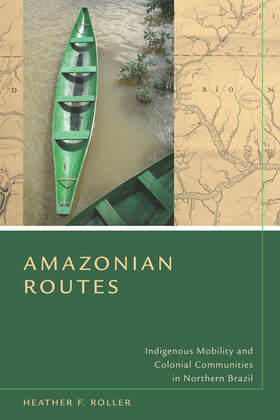 This book reconstructs the world of eighteenth-century Amazonia to argue that indigenous mobility did not undermine settlement or community. In doing so, it revises longstanding views of native Amazonians as perpetual wanderers, lacking attachment to place and likely to flee at the slightest provocation. Instead, native Amazonians used traditional as well as new, colonial forms of spatial mobility to build enduring communities under the constraints of Portuguese colonialism. Canoeing and trekking through the interior to collect forest products or to contact independent native groups, Indians expanded their social networks, found economic opportunities, and brought new people and resources back to the colonial villages. When they were not participating in these state-sponsored expeditions, many Indians migrated between colonial settlements, seeking to be incorporated as productive members of their chosen communities.
Drawing on largely untapped village-level sources, the book shows that mobile people remained attached to their home communities and committed to the preservation of their lands and assets. This argument still matters today, and not just to scholars, as rural communities in the Brazilian Amazon find themselves threatened by powerful outsiders who argue that their mobility invalidates their claims to territory.