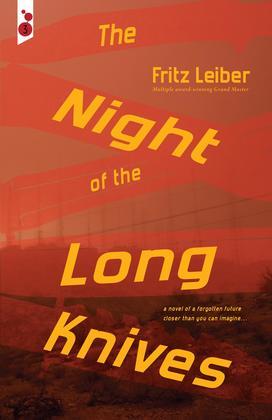 The Night of the Long Knives

"Since I’ve gone this far, I’ll go a bit further and make the paradoxical admission that even us Deathlanders don’t really understand our urge to murder. Oh, we have our rationalizations of it, just like everyone has of his ruling passion—we call ourselves junkmen, scavengers, gangrene surgeons; we sometimes believe we’re doing the person we kill the ultimate kindness, yes and get slobbery tearful about it afterwards; we sometimes tell ourselves we’ve finally found and are rubbing out the one man or woman who was responsible for everything; we talk, mostly to ourselves, about the aesthetics of homicide; we occasionally admit, but only each to himself alone, that we’re just plain nuts."

Two hardened loners, survivors of a violent cataclysm that has wiped out America as we know it, meet in a desolate wasteland.

One random, brutal act of violence throws them into an unexpected encounter with the remnants of advanced civilization, a wandering murderous philosopher and with the ghosts of their own pasts, as this post apocalyptic western veers into an exploration of the human impulses for violence and redemption.

This science fiction classic feels timeless, as important and thought-provoking today as it was when it first appeared in print over 50 years ago.