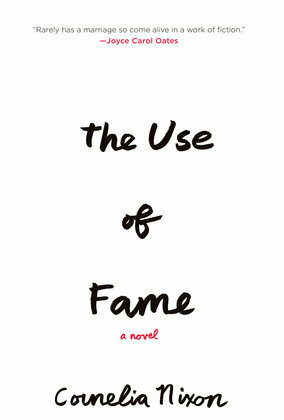 The Use of Fame

"Rarely has a marriage so come alive in a work of fiction. . . So intense, beautifully written, shining with 'felt life,' it is truly gripping—riveting." —Joyce Carol Oates

Abigail McCormick and Ray Stark are both poets, married nearly twenty–five years in what has always been a passionate relationship despite deep class differences. Ray is the son of West Virginia coal miners and was abused as a child—but now he is a distinguished poet with a part–time position at Brown. Abby grew up in San Francisco’s posh Pacific Heights and, having abandoned poetry, she spends her energy on a new teaching position at UC Berkeley. Abby’s decision to accept the post sets the stage for Ray to stray, especially as he struggles with a heart condition.

He’s tortured by his affair with the graduate student he’s fallen in love with, but is determined to stay married—he fights to get over Tory for years. A despairing Abby finds solace in her return to riding horses and writing poems, but as she suffers privately, she becomes dependent on sleeping pills and alcohol. Ray’s health worsens—proves nearly fatal—and another cross–country move threatens to push them further apart. Alternating seamlessly between Ray’s and Abby’s perspectives, The Use of Fame is a gripping exploration of how closeness and despair can warp a lover’s perception.