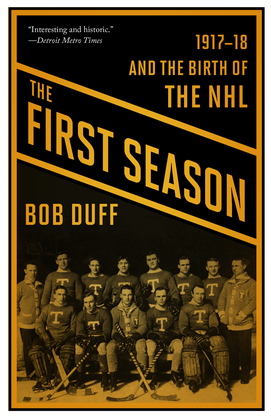 2017-18 marks the hundredth anniversary of the birth of the National Hockey League. But the league almost didn’t survive its first year. Bob Duff chronicles the trials and tribulations of that first season, and tells the story of that first generation of hockey heroes who lent their names to the game they loved, and helped to make it great.

Bob Duff, former sports columnist for the Windsor Star, has covered the NHL since 1988 and is a contributor to The Hockey News and msnbc.com.