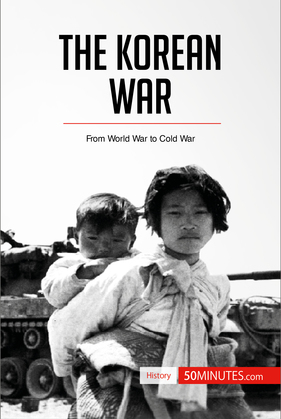 Keen to learn but short on time? Get to grips with the events of the Korean War in next to no time with this concise guide.

50Minutes.com provides a clear and engaging analysis of the Korean War. On 25 June 1950, North Korean troops marched across the 38th parallel, the imaginary border between the North and South of the peninsula. This marked the escalation of diplomatic tensions into open conflict, and resulted in a three-year war of attrition which claimed millions of lives. Despite major contributions from Chinese, American and UN forces, there was no clear winner in the conflict, and Korea remains divided to this day.

In just 50 minutes you will:
?Learn about the events leading up to the outbreak of war in Korea, including the partition of the country after the Second World War and the contentious elections of 1948
?Find out about the key figures and battles in the conflict, including General Douglas MacArthur and Kim Il-sung
?Understand the outcome of the war and its consequences, which are still felt today