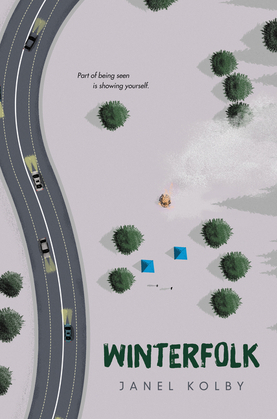 This gorgeous and lyrical debut novel is perfect for fans of Nova Ren Suma, Laura Ruby, and Nina LaCour.

For as long as she can remember, her home has been among the Winterfolk, a group of homeless people living outside Seattle. Being homeless has taught Rain how to be invisible.

But when she discovers that the city plans to sweep out the Winterfolk’s camp, her world is shattered. Determined to face the world like she’s never had to before, she convinces her friend King to take her to Seattle.

The city is full of strange sights, sounds, people—and memories. When Rain and King are separated, she must fend for herself, and realizes that she’s not invisible after all. And if she’s going to save herself, King, and the Winterfolk, she’ll need to find a star big enough to make all of her wishes come true.