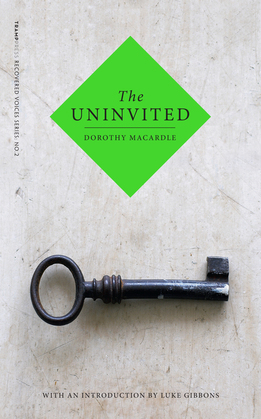 Brother and sister Roderick and Pamela Fitzgerald flee their busy London lives for the beautiful but stormy Devon coastline. They are drawn to the suspiciously inexpensive Cliff End, feared amongst locals as a place of disturbance and ill omen.

Gradually, the Fitzgeralds learn of the mysterious deaths of Mary Meredith and another strange young woman. Together, they must unravel the mystery of Cliff End’s uncanny past – and keep the troubled young Stella, who was raised in the house as a baby, from returning to the nursery where something waits to tuck her in at night …

The second in Tramp’s Recovered Voices series, this strange, bone-chilling story was first published in 1942, and was adapted for the screen as one of Hollywood’s most successful ghost stories, The Uninvited, in 1944.