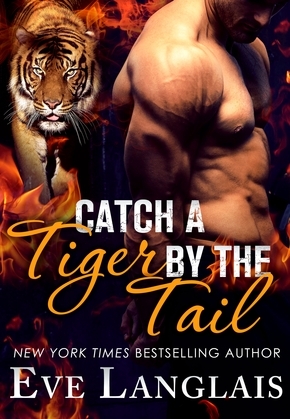 Catch a Tiger by the Tail

Previously published in the anthology Wild, the paranormal queen of steam and sass pulls out all the stops in Catch a Tiger by the Tail, a sexy, funny short story from New York Times bestselling author Eve Langlais.

Broderick has a job to do?audit the books of a gentleman?s club. Sounds simple, except his company wants him to find dirt linking to the mob, his secret mob employer wants someone to pin the blame on, and the bar manager at the heart of the controversy doesn?t want him?even though she?s his mate.