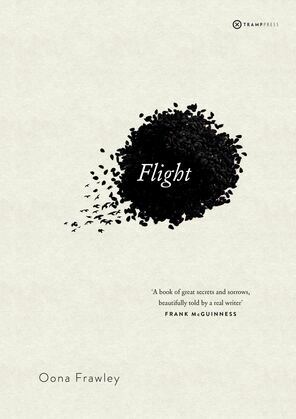 Flight is the story of four travellers as their journeys intersect one winter in Dublin.

Sandrine, a Zimbabwean woman who has left her husband and son behind in the hope of making a better life for them in Ireland, is alone and secretly pregnant. She finds herself working as a carer for Tom and Clare, a couple whose travels are ending as their minds begin to fail. Meanwhile Elizabeth, their world-weary daughter, carries the weight of her own body’s secret.

Set in Ireland in 2004 as a referendum on citizenship approaches, Flight is a magically observed story of a family and belonging, following the gestation of a friendship during a year of crisis. A story of arrival and departure, the newly found and the left behind, Flight is among a new breed of Irish novel – one that recognizes the global nature of Ireland experience in the late 20th century, and one that considers Ireland in the aftermath of the failed Celtic Tiger.