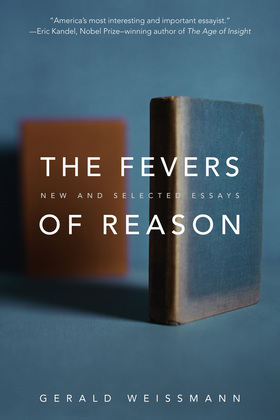 The Fevers of Reason

“[Weissmann] is a man of wide culture, a captivating and graceful writer.” —New Yorker

“[Weissmann] bridges the space between science and the humanities, and particularly between medicine and the muses, with wit, erudition, and, most important, wisdom.” —Adam Gopnik

“Dr. Weissmann’s juggling with the balls of global politics, biology, medicine, and culture in the framework of history is breathtaking.” —Bengt Samuelsson, Nobel Laureate and former chairman of the Nobel Foundation

In this diverting collection of essays, Gerald Weissmann looks back at the past few decades of his long career working at the intersection of the arts and sciences. The Fevers of Reason features some of his best and most representative works, alongside ten new essays that have never before been published in book form. Masterfully drawing from an array of subject areas and time periods, he tackles everything from Ebola to Eisenhower, Zika to Zola, Darwin to Dawkins, and once again shows that he is one of the most important voices in humanistic science writing today.

Gerald Weissmann is a physician, scientist, editor, and essayist whose collections include Epigenetics in the Age of Twitter, Mortal and Immortal DNA, and Galileo’s Gout. He is professor emeritus and research professor of medicine at New York University School of Medicine, and his essays and reviews have appeared in numerous publications worldwide. He lives in Manhattan and Woods Hole, Massachusetts.