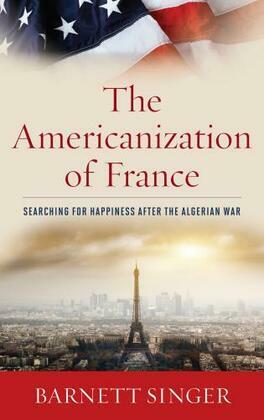 The Americanization of France

This engaging, knowledgeable book traces the American path France has followed since resolving its searing Algerian conflict in 1962. Barnett Singer convincingly demolishes two pervasive clichés about modern France: first, that the country never has been fit to fight wars, including wars on terror; and second, that the French have always been and remain overwhelmingly anti-American. Drawing on a wealth of archival sources, Barnett Singer clearly demonstrates that a serious and organized France fought strongly until its own divisions, international pressures, and the actions of de Gaulle ended the conflict with tragic consequences. The outcome led to an important sea change, clearing the way for France to embrace American culture, especially rock 'n' roll, and more generally, an American-style emphasis on personal happiness. The author argues that today’s France, wounded by the loss of traditions and stability, is increasingly pro-American, clinging to trends from across the Atlantic as to a lifeline.