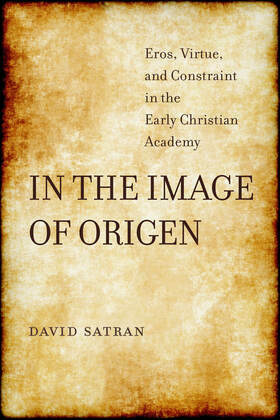 In the Image of Origen

by David Satran (Author)
Buy for $95.00 Excerpt
Nonfiction Humor Topic Religion Ancient
warning_amber
One or more licenses for this book have been acquired by your organisation details

The most prominent Christian theologian and exegete of the third century, Origen was also an influential teacher. In the famed Thanksgiving Address, one of his students—traditionally thought to be Gregory Thaumaturgus, later bishop of Cappadocia—delivered an emotionally charged account of his tutelage under Origen in Roman Palestine. Although it is one of the few personal narratives by a Christian author to have survived from the period, the Address is more often cited than read closely. But as David Satran demonstrates, this short work has much to teach us today. At its center stands the question of moral formation, anchored by the image of Origen himself, and Satran’s careful analysis of the text sheds new light on higher education in the early church as well as the intimate relationship between master and disciple.