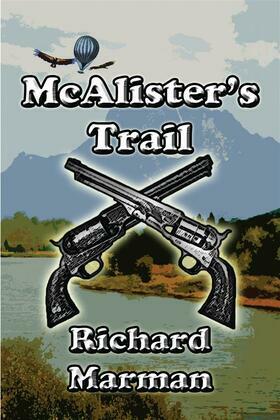 A book for lovers of the Action and Adventure genre but entirely suitable for the young adults (YA) genre.

The 5th book in the McAlister Line takes us back in time and explores the American branch of the McAlister line. Set against the panoramic backdrop of New Mexico, Sonora, Arizona and California in 1867, Jubal Quinn is desperate. He is a black trooper in the newly formed 10th Cavalry accused of murdering a white man. Behind bars and doomed to hang, his only chance is to escape from the stockade with the help of Billy Songbird, a wayward, half-breed, Kiowa teenager. Hot on their heels is Lieutenant Sam McAlister, a man whose devotion to duty has turned to obsession. Blasting a trail of blood headlong through the Southwest, not even the love of a beautiful Mexican girl can deter Sam. The chase can only end when either he or Jubal Quinn is dead.