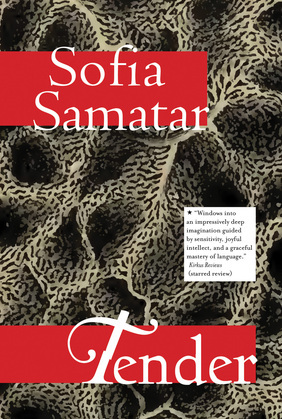 The first collection of short fiction from a rising star whose stories have been anthologized in the first two volumes of the Best American Science Fiction and Fantasy series and nominated for many awards. Some of Samatar’s weird and tender fabulations spring from her life and her literary studies; some spring from the world, some from the void.

“The excerpt from Sofia Samatar’s compelling novel A Stranger in Olondria should be enough to make you run out and buy the book. Just don’t overlook her short ‘Selkie Stories Are for Losers,’ the best story about loss and love and selkies I’ve read in years.” —K. Tempest Bradford, NPR

“An imaginative, poetic, and dark meditation on how history gets made.” —Hello Beautiful

“Pleasantly startling and unexpected. Her prose is by turns sharp and sumptuous, and always perfectly controlled. . . . There are strains here too of Jane Austen and something wilder.”—Publishers Weekly (starred review)

“Beauty, wonder, and a soaring paean to the power of story.”—Jason Heller, NPR

Sofia Samatar is the author of the novels A Stranger in Olondria and The Winged Histories. She has written for the Guardian, Strange Horizons, and Clarkesworld, among others, and has won the John W. Campbell Award, the Crawford Award, the British Fantasy Award, and the World Fantasy Award. She lives in Virginia.