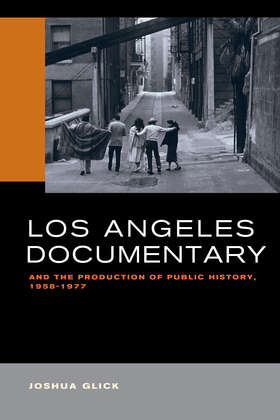 Los Angeles Documentary and the Production of Public History, 1958-1977

Los Angeles Documentary and the Production of Public History, 1958–1977 explores how documentarians working between the election of John F. Kennedy and the Bicentennial created conflicting visions of the recent and more distant American past. Drawing on a wide breadth of primary documents, Glick analyzes the films of Hollywood documentarians such as David Wolper and Mel Stuart, along with lesser-known independents and activists such as Kent Mackenzie, Lynne Littman, and Jesús Salvador Treviño. While the former group reinvigorated a Cold War cultural liberalism, the latter group advocated for social justice in a city plagued by severe class stratification and racial segregation. Glick examines how mainstream and alternative filmmakers turned to the archives, civic institutions, and production facilities of Los Angeles in order to both change popular understandings of the city and shape the social consciousness of the nation.