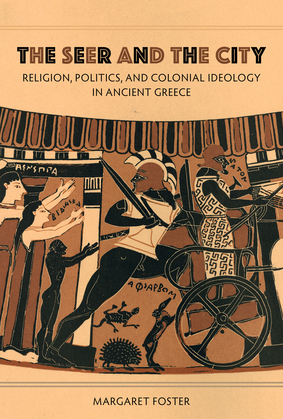 The Seer and the City

by Margaret Foster (Author)
Buy for $95.00 Excerpt
Nonfiction Humor Topic Religion Ancient
warning_amber
One or more licenses for this book have been acquired by your organisation details

Seers featured prominently in ancient Greek culture, but they rarely appear in archaic and classical colonial discourse. Margaret Foster exposes the ideological motivations behind this discrepancy and reveals how colonial discourse privileged the city’s founder and his dependence on Delphi, the colonial oracle par excellence, at the expense of the independent seer. Investigating a  sequence of literary texts, Foster explores the tactics the Greeks devised both to leverage and suppress the extraordinary cultural capital of seers. The first cultural history of the seer, The Seer and the City illuminates the contests between religious and political powers in archaic and classical Greece.