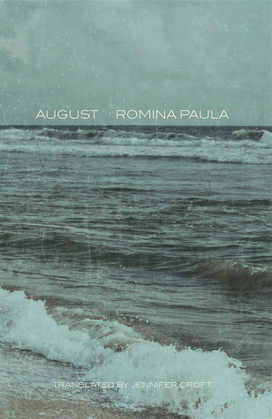 by Romina Paula (Author), Jennifer Croft (Translator)
Buy for $16.95 Excerpt
Fiction Literary Hispanophone literature South American literature
warning_amber
One or more licenses for this book have been acquired by your organisation details

Traveling home to rural Patagonia, a young woman grapples with herself as she makes the journey to scatter the ashes of her friend Andrea. Twenty-one-year-old Emilia might still be living, but she’s jaded by her studies and discontent with her boyfriend, and apathetic toward the idea of moving on. Despite the admiration she receives for having relocated to Buenos Aires, in reality, cosmopolitanism and a career seem like empty scams. Instead, she finds her life pathetic.

Once home, Emilia stays with Andrea’s parents, wearing the dead girl’s clothes, sleeping in her bed, and befriending her cat. Her life put on hold, she loses herself to days wondering how if what had happened—leaving an ex, leaving Patagonia, Andrea leaving her—hadn’t happened.

Both a reverse coming-of-age story and a tangled homecoming tale, this frank confession to a deceased confidante. A keen portrait of a young generation stagnating in an increasingly globalized Argentina, August considers the banality of life against the sudden changes that accompany death.

Romina Paula is one of the most interesting figures under forty currently active on the Argentine literary scene: a playwright, novelist, director, and actor. This is her first book to be translated into English.

Jennifer Croft is a writer, translator, and critic. She is the recipient of Fulbright, PEN, and National Endowment for the Arts grants, as well as the Michael Henry Heim Prize.