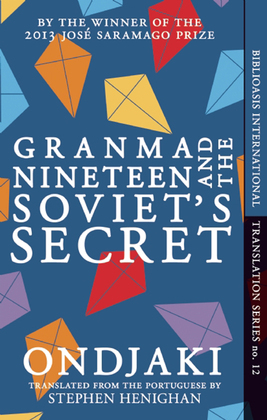 Granma Nineteen and the Soviet's Secret

By the beaches of Luanda, the Soviets are building a grand mausoleum in honour of the Comrade President. Granmas are whispering: houses, they say, will be dexploded, and everyone will have to leave. With the help of his friends Charlita and Pi (whom everyone calls 3.14), and with assistance from Dr. Rafael KnockKnock, the Comrade Gas Jockey, the amorous Gudafterov, crazy Sea Foam, and a ghost, our young hero must decide exactly how much trouble he’s willing to face to keep his Granma safe in Bishop’s Beach.

Energetic and colourful, impish and playful, Granma Nineteen and the Soviet’s Secret is a charming coming-of-age story from the next rising star in African literature.