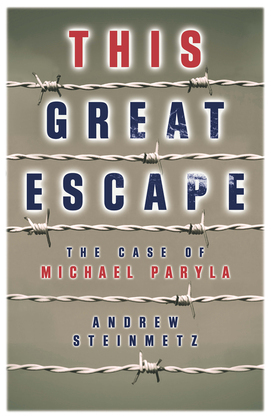 He had fifty-seven seconds of screen time in the most lavish POW film Hollywood ever produced. He was blond. A Gestapo agent. Sauntering down the aisles of a speeding train, he speaks in terse German to Richard Attenborough, Gordon Jackson, David McCallum. The film is The Great Escape (by John Sturges, starring Steve McQueen); the actor, though uncredited, is Michael Paryla. He was part Jewish. Shortly after filming he died.

In This Great Escape, Andrew Steinmetz tenderly reconstructs the life of a man seen by millions yet recognized by no one, whose history—from childhood flight from Nazism to suspicious death twenty years later—intersects bitterly, ironically, and often movingly with the plot of Sturges’s great war film. Splicing together documentary materials with correspondence, diary entries, and Steinmetz’s own travel journal, This Great Escape does more than reconstruct the making of a cinema classic: it is a poignant and moving testament to the complexity of human experience, a portrait of a family for whom acting was a matter of survival, and proof that our most anonymous, uncredited, and undocumented moments can brush against the zeitgeist of world history.