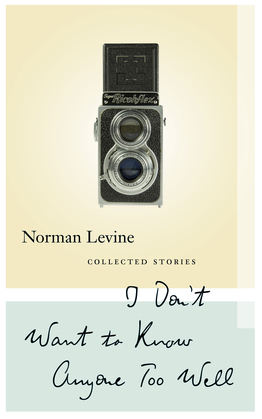 I Don't Want to Know Anyone Too Well

"Levine is a true artist, who grinds his bones—and anything else he can get his hands on—to make his bread." —The Sunday Times

Reminiscent of Bernard Malamud and Cynthia Ozick, Norman Levine’s short fiction was largely ignored in his lifetime.  Yet they remain some of the most skillfully-crafted and moving works of the last half of the twentieth century.  Taken together, these stories make a convincing argument for Levine’s mastery, and as a writer in need of urgent rediscovery.