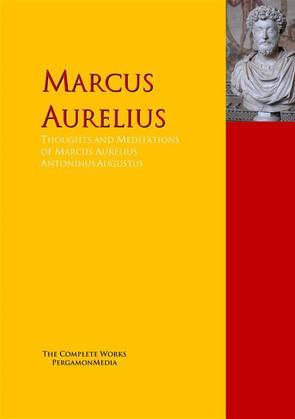 by Marcus Aurelius (Author)
Buy for €0.99 Excerpt
Fiction
warning_amber
One or more licenses for this book have been acquired by your organisation details

Meditations is a series of personal writings by Marcus Aurelius, Roman Emperor 161–180 CE, setting forth his ideas on Stoic philosophy.

Marcus Aurelius wrote the 12 books of the Meditations in Koine Greek as a source for his own guidance and self-improvement. It is possible that large portions of the work were written at Sirmium, where he spent much time planning military campaigns from 170 to 180. Some of it was written while he was positioned at Aquincum on campaign in Pannonia, because internal notes tell us that the second book was written when he was campaigning against the Quadi on the river Granova (modern-day Hron) and the third book was written at Carnuntum. It is not clear that he ever intended the writings to be published, so the title Meditations is but one of several commonly assigned to the collection. These writings take the form of quotations varying in length from one sentence to long paragraphs.
Marcus Aurelius - Marcus Aurelius Antoninus Augustus, 121 – 180 AD - was Roman Emperor from 161 to 180. He ruled with Lucius Verus as co-emperor from 161 until Verus' death in 169. He was the last of the Five Good Emperors, and is also considered one of the most important Stoic philosophers.
During his reign, the Empire defeated a revitalized Parthian Empire in the East; Aurelius' general Avidius Cassius sacked the capital Ctesiphon in 164. In central Europe, Aurelius fought the Marcomanni, Quadi, andSarmatians with success during the Marcomannic Wars, with the threat of the Germanic tribes beginning to represent a troubling reality for the Empire. A revolt in the East led by Avidius Cassius failed to gain momentum and was suppressed immediately.
Marcus Aurelius' Stoic tome Meditations, written in Greek while on campaign between 170 and 180, is still revered as a literary monument to a philosophy of service and duty, describing how to find and preserve equanimity in the midst of conflict by following nature as a source of guidance and inspiration.