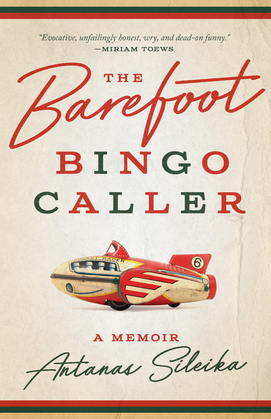 In The Barefoot Bingo Caller, Antanas Sileika finds what’s funny and touching in the most unlikely places, from the bingo hall to the collapsing Soviet Union. He shares stories that span his attempts to shake off his suburban, ethnic, folk-dancing childhood to his divided allegiance as a Lithuanian-Canadian father. Antanas has a keen eye for social comedy, bringing to life such memorable characters as ageing beat poets, oblivious college students, the queen of the booze cans, and an obdurate porcupine. Passing through places as varied as the prime minister’s office and the streets of Paris, these wry and moving dispatches on work and family, art, and identity are ones to be shared and savoured.
Format
EPUB
Protection
Avec DRM
Date de publication
9 mai 2017
Éditeur
ECW Press
ISBN
9781773050232
2293090
item