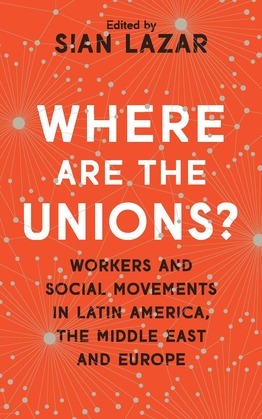 Where Are The Unions?

The start of the twenty-first century has been marked by global demands for economic justice. From the pink tide and Arab spring to Occupy and anti-austerity, the last twenty years have witnessed the birth of a new type of mass mobilisation.

Where Are The Unions? compares, for the first time, the challenges faced by movements in Latin America, the Arab world and Europe. Workers’ strikes and protests were a critical part of these events, yet their role has been significantly underestimated in many of the subsequent narratives.

This book focuses on the complex interactions between organised workers, the unemployed, self-employed, youth, students and the state, and critically assesses the concept of the ‘precariat’. With contributions from across four continents, this is the most comprehensive look at the global context of mass mobilisation in the twenty-first century.