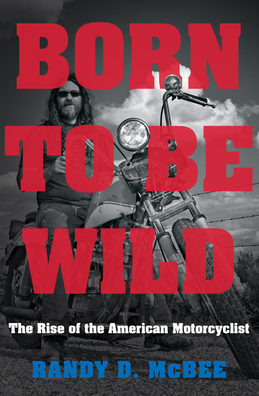 Born to Be Wild

In 1947, 4,000 motorcycle hobbyists converged on Hollister, California. As images of dissolute bikers graced the pages of newspapers and magazines, the three-day gathering sparked the growth of a new subculture while also touching off national alarm. In the years that followed, the stereotypical leather-clad biker emerged in the American consciousness as a menace to law-abiding motorists and small towns. Yet a few short decades later, the motorcyclist, once menacing, became mainstream. To understand this shift, Randy D. McBee narrates the evolution of motorcycle culture since World War II. Along the way he examines the rebelliousness of early riders of the 1940s and 1950s, riders' increasing connection to violence and the counterculture in the 1960s and 1970s, the rich urban bikers of the 1990s and 2000s, and the factors that gave rise to a motorcycle rights movement. McBee's fascinating narrative of motorcycling's past and present reveals the biker as a crucial character in twentieth-century American life.