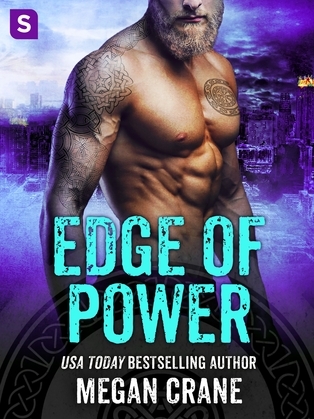 The ultimate Viking warrior meets outlaw biker: Wulf, the Raider King. He rules a future, destroyed world with the force of his will alone. Now he will meet the one woman who will change...everything.

Wulf is king of his clan and the ruthless head of the raider brotherhood.

Every foe in his path surrenders to his will. But when his mortal enemy?s beguiling daughter gets under his skin the way no one else ever has, a whole new intensity from the Raider King is unleashed?the fiery strength of dark passion and hard-hitting lust.

Kathlyn is no fan of the life she?s been forced to live under her savage father?s unforgiving rule. But the bold and powerful barbarian who steals her innocence?and her heart?is a dangerous bet. There?s nothing safe about a man who wants to destroy everything she knows and burn it to the ground. Except if Wulf can set her free, maybe safety is overrated...

Will the overwhelming heat of her warrior-king lead to something more powerful than either of them can imagine?

Readers will tremble before the Raider King in Edge of Power.

To immerse yourself fully in the Edge world, don't miss these other books:
#1: Edge of Obsession
#2: Edge of Temptation
#3: Edge of Control