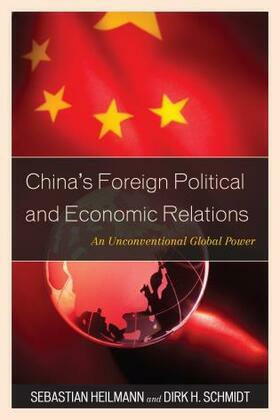 This balanced and thoughtful book presents a thorough analysis of the dynamics of China’s foreign relations. Sebastian Heilmann and Dirk H. Schmidt provide a comprehensive and discriminating view of the complex, often competing factors (domestic influences, regional tensions, global uncertainties) that shape Chinese foreign policy. They portray the PRC as a land of multiple identities—a nation that is becoming more assertive in East Asia as it explores novel approaches to its foreign economic policies, while simultaneously displaying thin-skinned sensitivities when confronted with international criticism. The authors argue that unconventional approaches to foreign relations—in particular a unique combination of long-term strategies with multilevel policy experiments—are driving Chinese global expansion. The provocative and challenging final chapter, designed to spur discussion, considers China’s imperial identity warring against the decentralized activities conducted in the “shadow of the empire.” Illicit transnational “guerilla-like” networks have thus become powerful driving forces behind the continued development of China’s foreign policy as well as its foreign-trade relations. The authors contend that the activities of these “niche nomads,” with their largely invisible or chameleon-like presence, constitute the most alarming dimension of China’s foreign relations as they gain ground and resources in many parts of the world with the potential to shake the very foundations of other societies.