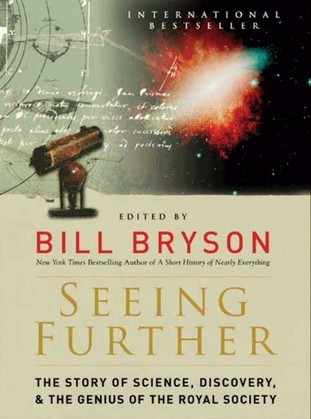 “Bryson is as amusing as ever….As a celebration of 350 years of modern science, [Seeing Further] it is a worthy tribute.”
—The Economist

In Seeing Further, New York Times bestseller Bill Bryson takes readers on a guided tour through the great discoveries, feuds, and personalities of modern science. Already a major bestseller in the UK, Seeing Further tells the fascinating story of science and the Royal Society with Bill Bryson’s trademark wit and intelligence, and contributions from a host of well known scientists and science fiction writers, including Richard Dawkins, Neal Stephenson, James Gleick, and Margret Atwood. It is a delightful literary treat from the acclaimed author who previous explored the current state of scientific knowledge in his phenomenally popular book, A Short History of Nearly Everything.