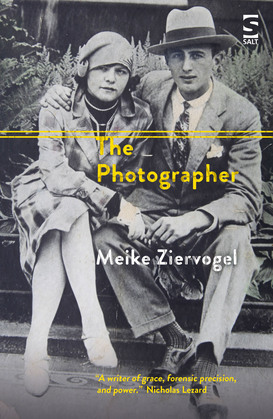 A master of suspenseful storytelling, Meike Ziervogel’s new novel testifies to our belief that humanity can thrive against all odds.

Set at the end of the Second World War when 11 million Germans fled from east to west, The Photographer is a compelling and life-affirming exploration of love and survival in times of mass migration.

Albert is a young photographer who dreams of making his mark in the magazines of Berlin and Paris. When he falls for Trude his happiness appears complete. Then the war breaks out. While Albert is sent to the front, Trude and their son Peter have to flee from the advancing Russian army. Eventually they are reunited. But do Albert and Trude have the strength to start their relationship anew?

In a Europe of ruined cities and refugee camps, the family learns to respect each other’s flaws and, in doing so, discovers their own personal strengths.