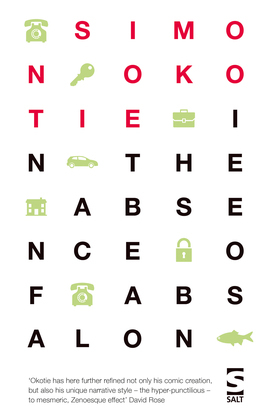 In the Absence of Absalon

In the Absence of Absalon revolves around an unnamed investigator, a set of keys and a townhouse. He is investigating a series of disappearances: of his colleague, Marguerite; of Harold Absalon, the Mayor’s transport advisor, whose disappearance Marguerite had been investigating prior to his own disappearance; of Richard Knox, the owner of the townhouse, who had fallen out with Absalon before disappearing; and of Absalon’s wife Isobel, who is glimpsed, partially undressed, in an upper storey bedroom as the investigator approaches.

Pursued from all sides and seemingly losing his mind, what the investigator discovers, as he enters the house, is both familiar and utterly devastating.