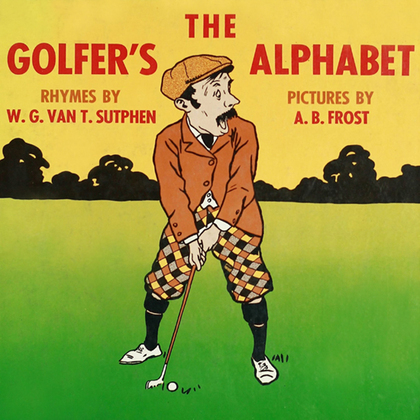 by W. G. Van T. Sutphen (Author), A. B. Frost (Illustrator)
Non-Fiction Humor Form Comic Strips & Cartoons Topic Sports
The timeless humor contained in this book first published in 1898, and its concern with the ever-rising popularity of golfing prompted its current reprinting. The distinctive signature of A.B. Frost on a cartoon or painting is the cause of much excitement at today's art exhibits and more so when it makes a rare appearance at an auction. Original works of this well-known artist are scarce and first editions of the 89 books he illustrated during his brilliant career are fast becoming collectors' items. Frost's biggest contribution to the world in giving visual realization to characters in a book is his unforgettable drawings of Bryer Rabbit and Uncle Remus (Uncle Remus and his Friends by Joel Chandler Harris).

A classic of American humor, this book will be sure to entertain modern readers as well.