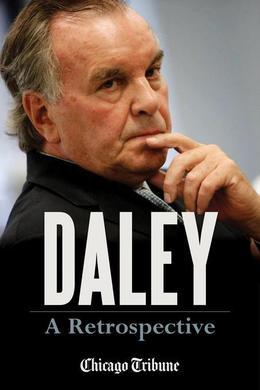 by Chicago Tribune Staff (Author)
Non-Fiction Biography & autobiography Political Social science Political science History History by country United States Midwest states (IA, IL, IN, KS, MI, MN, MO, ND, NE, OH, SD, WI)
From the second half of the twentieth century through today, no family has defined Chicago in the public's eye more than the Daleys. Between Richard J. Daley and his son, Richard M. Daley, a member of this prominent Bridgeport family served as the city's mayor for 43 out of a total 57 years from 1955–2011. When Richard M. Daley, also known as "Richie", made a surprise announcement in 2011 that he would not seek re-election, he had surpassed his father's record tenure of 21 years in office. Daley: A Retrospective explores the fascinating, storied career of Richard M. Daley: the longest-serving, and arguably, most important mayor in the city's own long, storied history.

From Richie's childhood in his father's shadow to his infamous teenaged run-in with the law, this book begins with the earliest years in the life of Richard J. Daley's eldest son. It follows the rise of Daley's political career as a state senator and as the state's attorney through his 1989 election as mayor. The bulk of Daley: A Retrospective focuses on Daley's lengthy, imperial reign over Chicago politics, in which he developed his own unique and powerful personality. Transitioning from a perceived simulacrum of his father into one of the most dominant, idiosyncratic, and quotable individuals in American politics, Daley made his name by making bold moves, waging hard-fought battles, and forging commanding, if not celebrated, consensus between the multitudes of citywide officials and organizations.

Comprised of 60 years of Chicago Tribune reporting, this story is unique to Chicago and told by none better than the reporters, editors, and notable commentators who covered Daley's entire career. Touching on race relations, education, gang violence, crime, environmentalism, gay marriage, local sports, and the murky world of Chicago politics, Daley: A Retrospective is a captivating read. It is the most up-to-date and comprehensive exploration of Mayor Richard M. Daley's legacy, and it will serve as a significant resource as Daley continues to be reexamined and reevaluated for years to come.