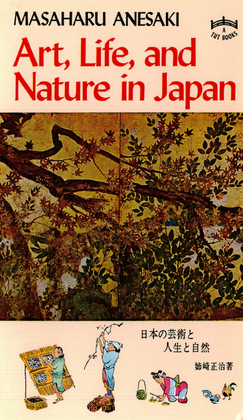 by Anesaki,Masaharu (Author)
Buy for $5.99 Excerpt
Nonfiction Social science Customs & traditions Nature, recreation and sports Nature Wild animals
warning_amber
One or more licenses for this book have been acquired by your organisation details
The artistic and philosophical heritage of Japan has a special meaning for the modern world. During the present century, Japanese thought and Japanese art have exerted a strong influence on the western mind. Art, Life, and Nature in Japan takes us to the roots of Japanese culture and the origins of this influence.

In this brief but deeply meaningful book Masaharu Anesaki provides a panoramic view of Japanese culture, with particular emphasis on the spirit of Japanese art. The book has, in fact, established itself as a classic, and it ranks with such other valuable works of its time as The Book of Tea, in which Kakuzo Okakura deals with a similar theme.

Anesaki expresses himself in crystal-clear English to convey a message that is significant today as it was before World War II, when his book first appeared. He advocates peace and a turning inward to the beauty of art and nature. He is as familiar with the Zen philosophy of the samurai and the tea master as with sentiments of ancient court noblemen and the quiet thought of a humble peasant.
Format
EPUB
Protection
Watermark
Contributor
Ph. D. Terence Barrow (Introduction author)
Publication date
June 15, 1964
Publisher
Tuttle Publishing
Page count
184
ISBN
9781462912292
Paper ISBN
9780804810586
File size
10 MB
2226607
item