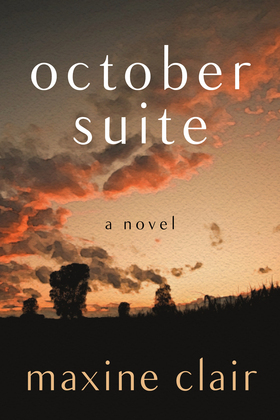 by Maxine Clair (Author)
Fiction Christian Historical
It is 1950 and October Brown is a twenty-three-year-old first-year teacher thanking her lucky stars that she found a room in the best boardinghouse for Negro women teachers in Wyandotte County, Kansas. October falls in love with an unhappily married handyman, James Wilson, but when she becomes pregnant, James deserts her. Stunned, and believing that James will eventually come back to her, October decides to have the baby. But he doesn’t come back. As her reputation suffers, and with her job in jeopardy, she spends her days in self-deception and denial. Her best friend, Cora, contacts October’s family: her older sister, Vergie, and her aunts Frances and Maude, who raised the sisters after their mother was killed by their father.

October goes back to her family in Ohio and gives birth to her son. Numb, she gives the child–David–to Vergie and her husband to raise as their own, then returns to Kansas City to rebuild her life. But something is missing–and, apparently too late, October realizes what she has done.

What follows is the heartrending account of October’s efforts to reclaim her dignity, her profession, and her son, efforts that lead her into a bitter struggle with her sister and a confrontation with her parents’ violent past. The Midwest, the flourishing of modern jazz, and the culture of segregation form a compelling historical backdrop for this timeless and universal tale of one person’s battle to understand and master her own desires, and to embrace the responsibilities and promise of mature adulthood. October Suite plays a beautiful, haunting melody, turning everyday life into exceptional art.