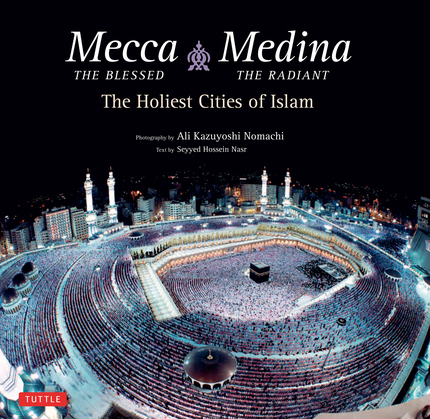 by Nasr,Seyyed Hossein (Author)
Buy for $19.99 Excerpt
Nonfiction Religion Islam Travel Specialized guides Arts Photography Regional
warning_amber
One or more licenses for this book have been acquired by your organisation details

Mecca the Blessed, Medina the Radiant is an unprecedented photographic exploration of the most holy cities of Islam and the Hajj, or annual pilgrimage during Ramadan, when more than a million faithful journey to Mecca's Great Mosque to commemorate the first revelation of the Qur'an (Koran).

This book allows both Muslims and those unfamiliar with the Islamic faith complete access to the holiest sites of one of the world's major religions, practiced by a quarter of the world's population but often misunderstood in the West.

Photographer Ali Kazuyoshi Namachi, a Muslim convert from Japan, garnered the full support of Saudi Arabian authorities—rarely given—to shoot in cities where photography is strictly controlled and non-Muslims are not allowed.

An expansive work of photojournalism, Mecca the Blessed, Medina the Radiant includes: